The meeting, chaired by Kim Tok Hun, the cabinet premier, was convened via a "teleconference system" to discuss a series of important tasks set forth at the party congress and the following parliamentary session, the KCNA said.

Discussed at the enlarged plenary meeting was the agenda on "thoroughly implementing the decisions made at the 8th Congress of the WPK (Workers' Party of Korea) and the 2nd Plenary Meeting of the 8th Central Committee of the Party," the KCNA said.

Pak Jong Gun, vice premier of the cabinet and chairman of the State Planning Commission, delivered a report at the meeting, highlighting the need to guarantee independence to the country's businesses.

The meeting stressed the need to establish "the system of the state's unified guidance over economic work," and the related working "system and order," the KCNA said.

The meeting set forth tasks "for taking stronger measures" to complete the planning in accordance with the conditions of the changing reality, productivity, science and technology, ensure economic and legal environments for enterprises' independent and proactive operations, and give full play to their creativity and responses to the changing environment, it said. 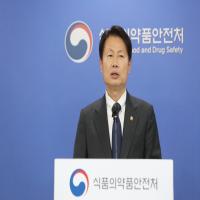