TEHRAN, Feb. 24 (Xinhua) -- Iranian Foreign Minister Mohammad Javad Zarif on Wednesday called on Republic of Korea (ROK) to provide Central Bank of Iran (CBI) with the access to its assets frozen in the ROK banks due to U.S. sanctions, Press TV reported.

Over the past two and a half years, Tehran-Seoul ties have been adversely affected by the "illegal" move of ROK banks to freeze Iran's assets, Zarif said in a phone conversation with his ROK counterpart.

ROK should provide access to the blocked assets in its banks "as soon as possible," Zarif was quoted as saying.

The Iranian people are in need of those monetary resources to help them in the battle against the novel coronavirus pandemic, he added.

On Wednesday, the Governor of CBI Abdolnaser Hemmati said that Seoul has agreed to release one billion U.S. dollars as the first tranche of some seven billion dollars in the blocked assets. 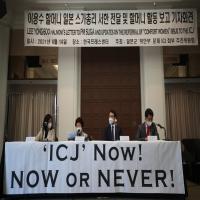